Region 1 or North Region covering the states of Perlis, Kedah, Penang and northern Perak has a wet weather from August to November and a dry weather from December to February. Generally the main durian flowering season is from January to March. Sometimes there may be a short dry spell about June which may or may not give a second flowering season in July or August according to its intensity and locality. The main durian fruiting season is usually centered around June-July. However, some localized areas in Seberang Jaya (Pantai Acheh) may see the durians ripening as early as late April. In Penang Island (Balik Pulau and Telok Bahang) and the eastern region of Kedah comprising Padang Terap, Sik and Baling, the durian season starts in May, peaks in July and ends in August. Northern Perak's durian season is usually in June. 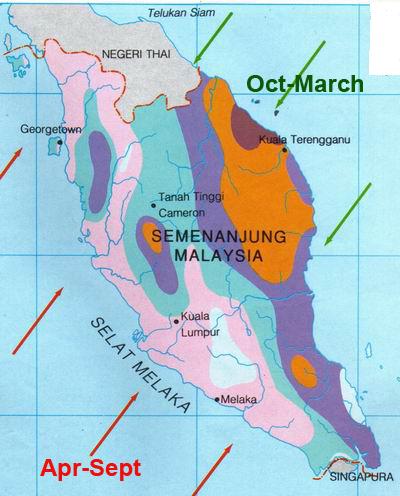 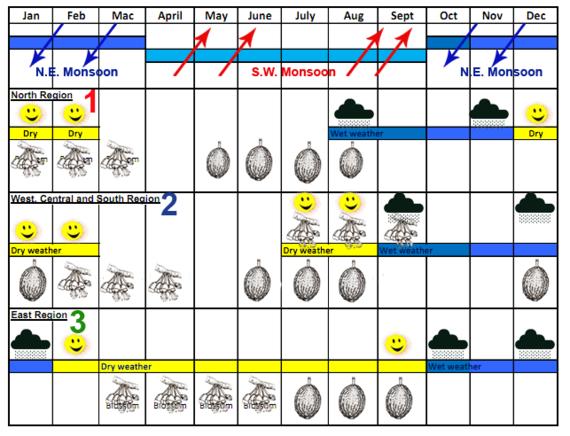